The peculiarities of a Japanese-style frying

One of the foods most associated with Japanese culture, in addition to sushi, is tempura, which consists of mixed fried vegetables or seafood with an unmistakable taste. The strange thing about this is that tempura is, in fact, a dish with Portuguese origins and was brought to Japan in the 16th century by sailors during the first commercial exchanges. The dish was made for Christians who, during Lent, could not eat meat. In fact, the word tempura does not come from Japanese, but from the Latin phrase ad tempora cuaresme (in time of Lent). Since then, the Japanese have mastered the art, crafting the typical light and tasty recipe, known all over the world.

At one time, in Japan, it was served as a snack between meals, and it was so loved that the legend says people have died due to eating too much of it! Nowadays, it is served in local establishments called tendon as a alongside the classic rice bowl, or a plate of sauce or on its own, accompanied by a sweet little dipping sauce, which is usually tentsuyu (three parts dashi, one part mirin and one part shoyu). But don't worry, you can also use soy sauce! Less common is the combination of tempura and futomaki or uramaki, which is instead typical of Japanese restaurants in the West, but is not very popular in the typical Oriental ones. 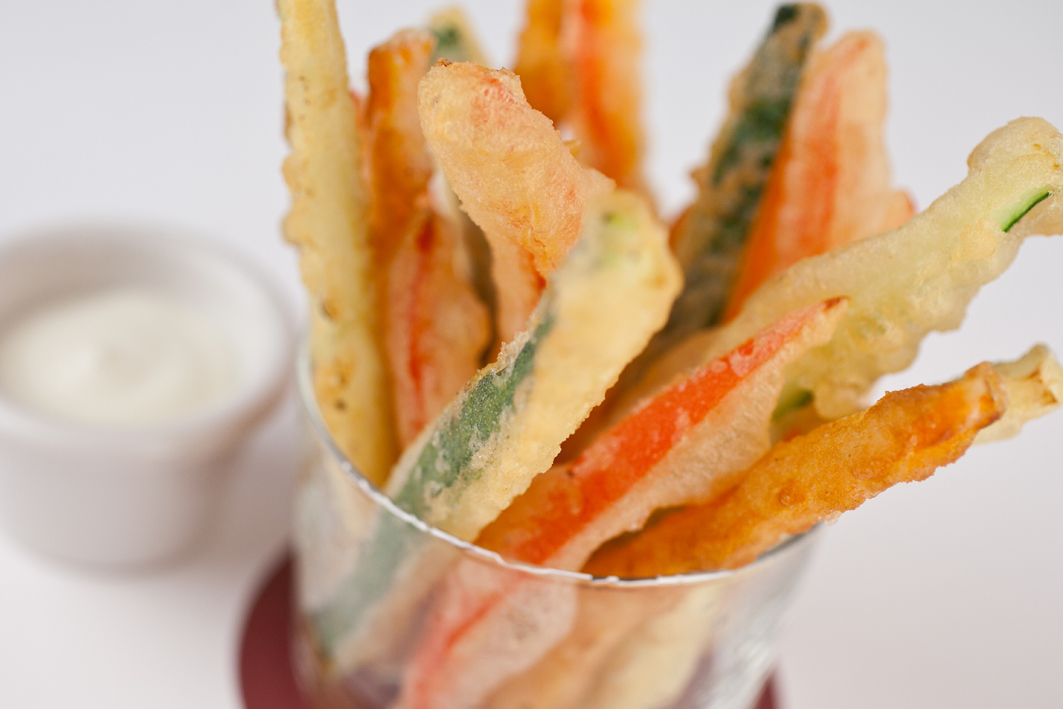 A classic mixed tempura usually includes seafood, white fish and various vegetables such as onions, potatoes (normal or sweet), shiitake mushrooms, kabocha (a typical Japanese pumpkin), carrots and peppers. In fact, in the different Japanese regions, there are several variations, such as tempura made of pork, chicken, meat and even, in the south of the country, of oysters and Spam, which was a very famous minced canned meat in the 70's.

What distinguishes the tempura from our fried delicacies is the batter, which is made with very few ingredients: rice or wheat flour and very cold or sparkling water. The Kakiage batter is slightly different as it also contains eggs and tends to be more homemade, usually made with the left-over ingredients of previous meals. Another peculiarity is oil: for a traditional tempura, sesame oil is used, which gives it its particular taste and crispness, as well as a beautiful golden colour. 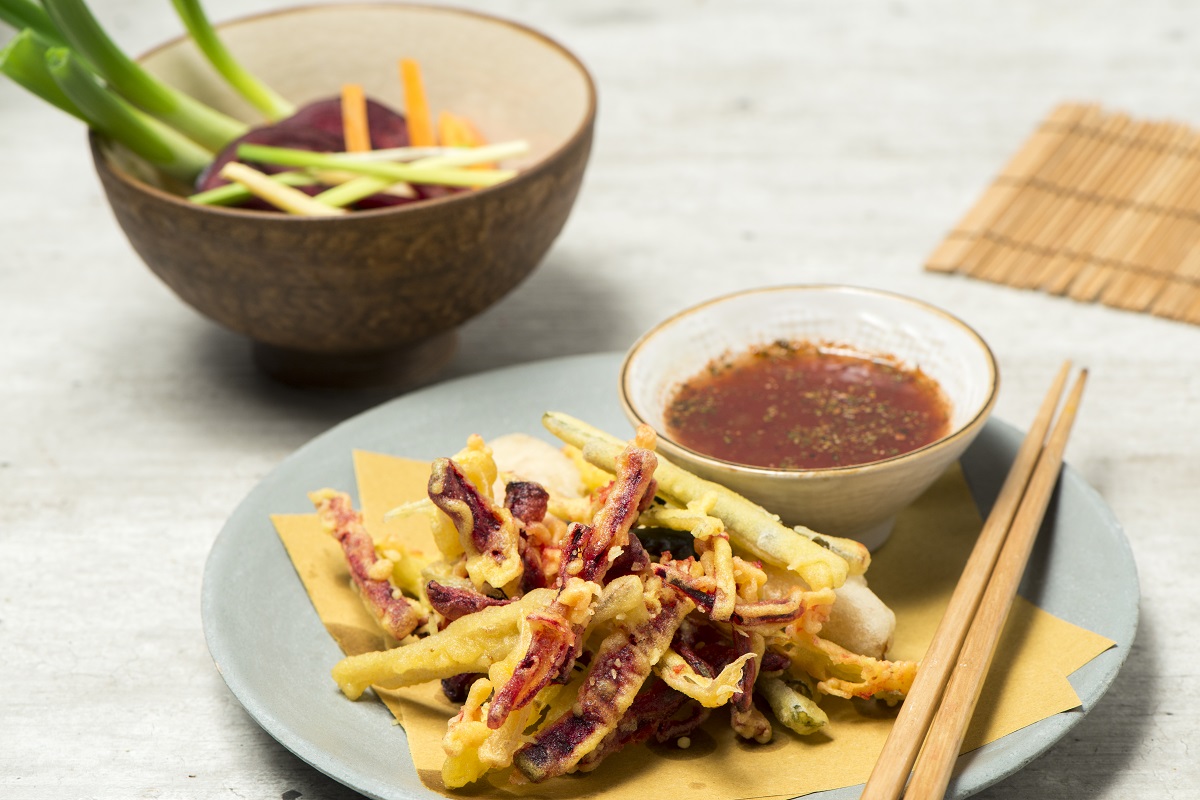 But how do you make a real tempura?

The method is as simple as the list of ingredients. There are several tricks to get a perfect result: first of all, the water has to be really cool - there are those who suggest adding ice cubes and keeping the mixture at a very low temperature.  On the other hand, the oil must be very hot - about 190 degrees - and the food should only be placed in the oil for a brief moment, from a few seconds for the most delicate leaves to two or three minutes for seafood. According to tradition, the ingredients must be fried one by one, but if you want to eat in a reasonable time, it's not a big deal to add a handful at a time!

Remember, however, to let them "breathe" and to prevent various pieces from sticking to one another during frying. The batter is definitely the most important part and you need to make sure that it develops as little gluten as possible - this is why the rice flour is naturally missing. If you prefer to use normal flour - or you only have normal flour at home – using a low temperature is important to avoid gluten formation. An excellent trick is to add vodka to the water to lengthen the mixture in order to prevent agglutination.

To allow the batter to stick as well as possible, a much-used solution is to make sure that the various pieces first pass into the flour and then into the mixture, especially when the tempura is based on seafood and vegetables, which are often a little too moist. Once the pieces have been added, mix the batter with a pair of chopsticks, so that the ingredients will gently mix without lumps and without weight. 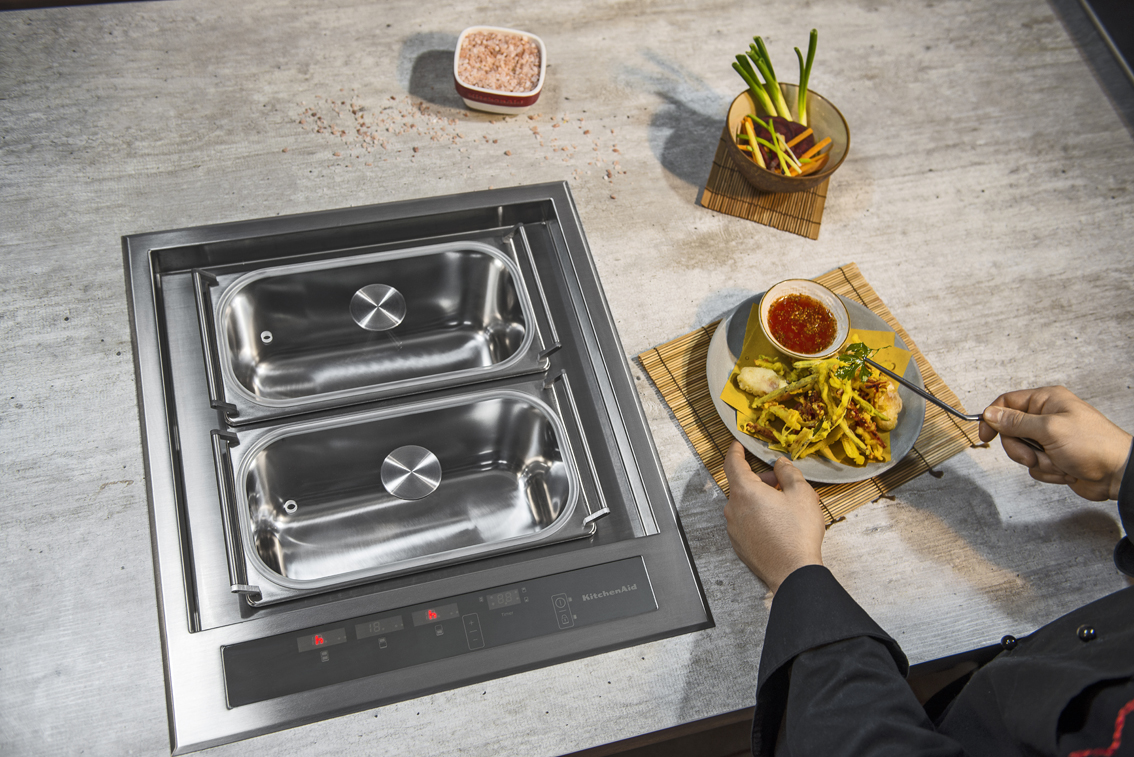 To fry tempura with Chef Sign, just fill the tank with oil based on the indicated level, set to the maximum power and put the pieces that were previously dipped in batter into the fried basket, wait until the maximum temperature is reached, and then deep fry to golden crisp and drain. Now you have to put yourself to the test and make the perfect tempura! 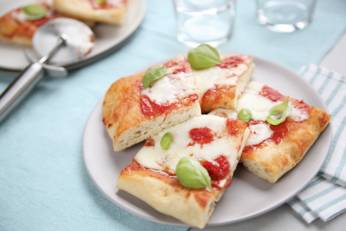 Pizza is the New Black

And pizza makers are the star chefs of the moment

Nikkei: a journey from Japan to Peru in a dish.
Signert av:
Lederartikkel
Les mer... 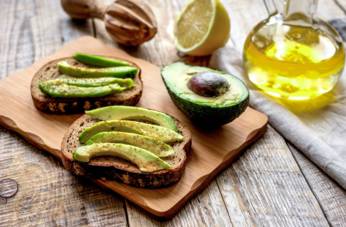 Foods that are good for your health

Food is our first medicine, as Hippocrates already explained in the 4th century before Jesus Christ.