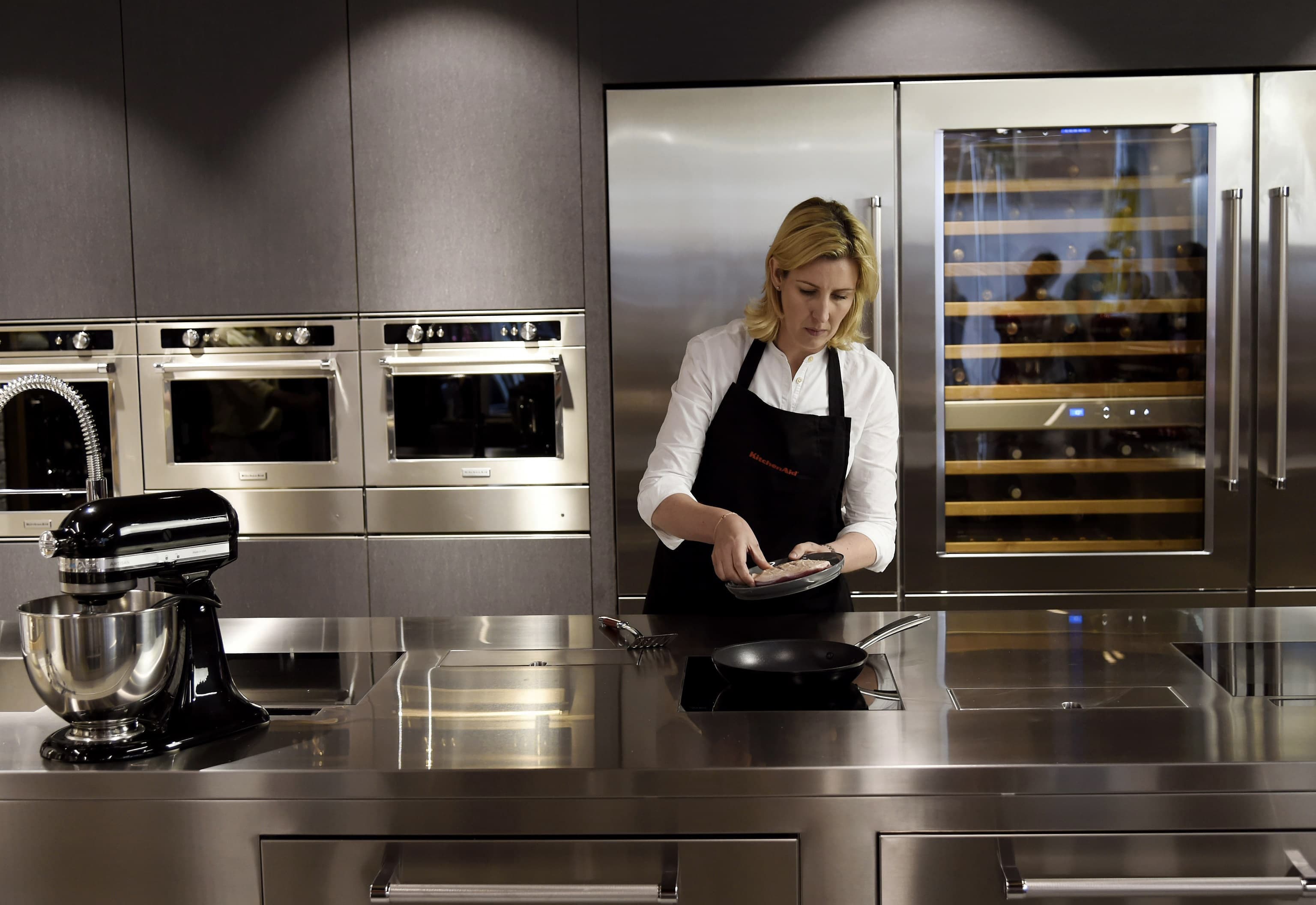 Clare Smyth: first female British chef to hold and retain three Michelin stars
Clare moved to England from Northern Ireland at 16 to learn the skills which would eventually make her a orld-class chef. In 2002 she joined Restaurant Gordon Ramsay, in 2005 she moved to Alain Ducasse’s renowned Le Louis XV in Monte Carlo, before returning to London and Restaurant Gordon Ramsay where in 2008 she was promoted to Head Chef aged just 29 and in 2012 became Chef Patron. Due to open her own restaurant in 2017, Clare has now taken the role of Consultant Chef for Gordon Ramsay Group. Her devotion to her craft, uncompromising standards and meticulous work ethic are just three of the reasons why she remains the first and only female chef to run a restaurant with three stars in the UK. In 2013, Clare was appointed Member of the Order of the British Empire (MBE), The Good Food Guide awarded Chef of the Year to her in 2013 and she and her team achieved a perfect 10/10 score in 2014, 2015 and 2016 - one of just three restaurants to receive such acclaim in Britain.

I've always kept an open mind with food and cooking. It is so important to embrace differences, not just in style, but culture too. It would take a lifetime or more to discover just a fraction of what makes this world of food such a wonderful place. You learn something new every day.